Northwest MLS brokers say bidding wars, escalating prices and buyer fatigue are widespread.
Here’s what local real estate expert, Frank Hawkins of Hawkins-Poe Real Estate, Fircrest WA, along with Northwest MLS experts see regarding the April market for potential buyers and sellers. Brokers with Northwest Multiple Listing Service (NWMLS) added 10,562 new listings to inventory during March—the highest volume since September when they added 11,210 properties to the selection. Even so, demand continued to outstrip supply, keeping inventory depleted. The latest statistical summary from Northwest MLS shows double-digit price hikes were widespread across the 26 counties included in the report for the month of March. According to James Young, director of the Washington Center for Real Estate Research at the University of Washington, “There’s no April fooling when it comes to how hot the housing market is right now in King, Snohomish, Pierce and Kitsap counties. The current spring market we’re seeing is one of the best on record. NWMLS statistics show a 55.9% decline in total active listings, shrinking from 9,418 at the end of March 2020 to 4,153 at month end. “This collapsing active listing volume in the face of high demand is telling. As this was occurring, the number of pending transactions year over-year increased markedly. Double-digit price increases throughout the region are the natural result,” Said Young.

Area-wide, NWMLS figures show there is only about two weeks of inventory of single-family homes and condominiums.
Only six counties have more than one month of supply. The supply of single-family homes is even more depleted. With
demand outstripping supply, prices tend to rise. Frank Hawkins, President of Hawkins Poe Realtors noted, “The Seattle area
ranked second nationally in home price appreciation for the past 12 months.” (Phoenix led all cities in the latest S&P CoreLogic Case-Shiller Indices.)
Hawkins continued, “Many purchasers are considering the list price as the opening bid and making price decisions intended
to be more attractive to the Seller.” Escalating prices are found throughout the Northwest MLS service area.
A check of NWMLS statistics shows from January through March this year, brokers reported 400 sales priced at $2 million
or more. That’s more than twice the highest number reported for the first quarter of any of the previous five years. (Last
year, brokers reported 178 sales at $2 million-plus during the first quarter.)
Both local and national industry-watchers detect rising optimism for the spring housing market. “We are certainly seeing a
return to optimism in our market as businesses continue to open up, more residents become vaccinated, and we all look
forward to getting back to a more ’normal’ way of life,” stated James Gaines, former Chief Economist at Texas Real Estate
Research Center. He also noted the housing industry has been one of the country’s primary economic drivers during the
pandemic “and not just because of low mortgage rates.” Pandemic lockdowns meant millennials’ spending for travel and
entertainment was curtailed, enabling them to save. “More than 40% of U.S. home purchases in 2020 were by first-time
buyers,” he noted, but said he anticipates getting back to “more normal rates of increase” marked by smaller growth in home prices and sales. 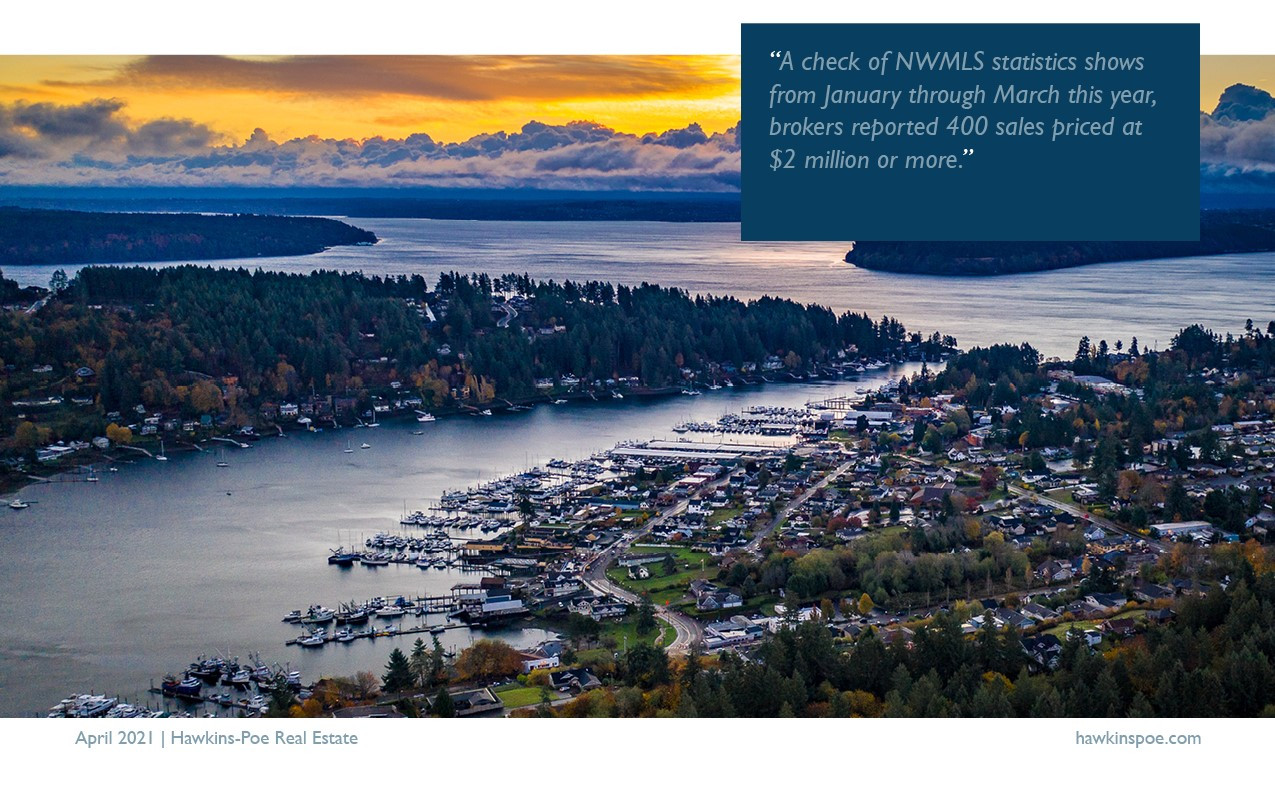